feeling the heat, i'm suffocating
well aware that no one's waiting
here or there or in between
desperately holding onto what i think i need 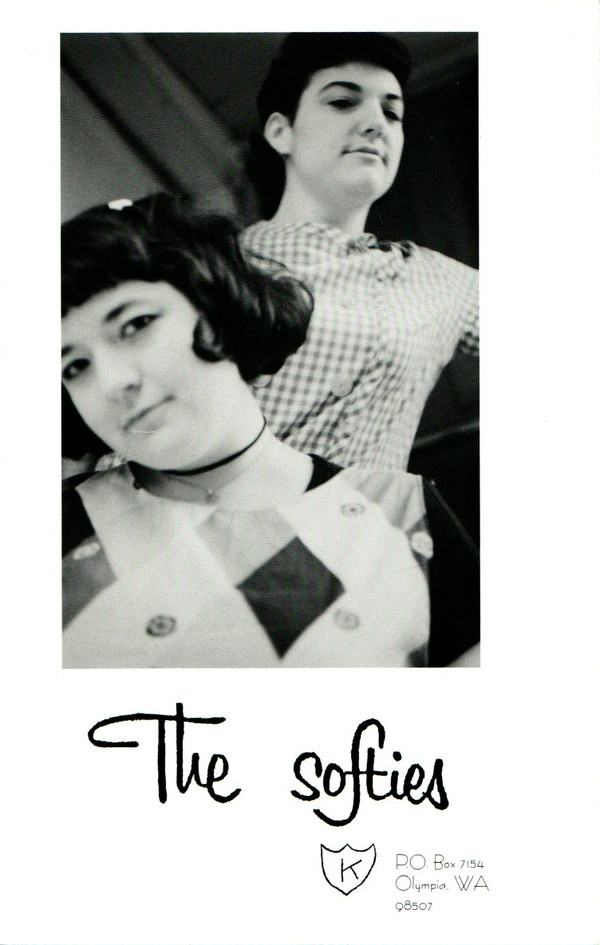 off their second album winter pageant released in 1997 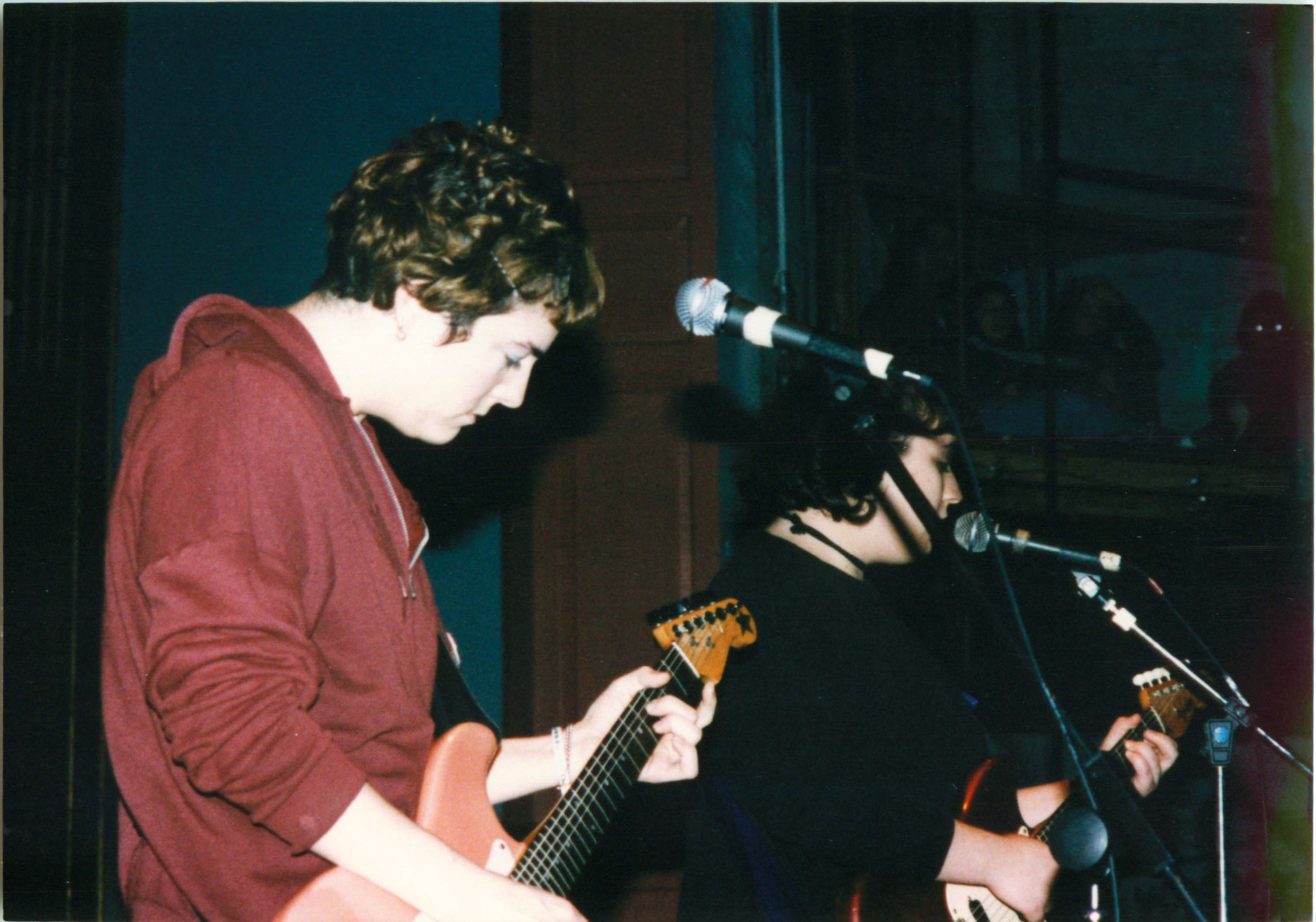 the softies live at yoyo a gogo 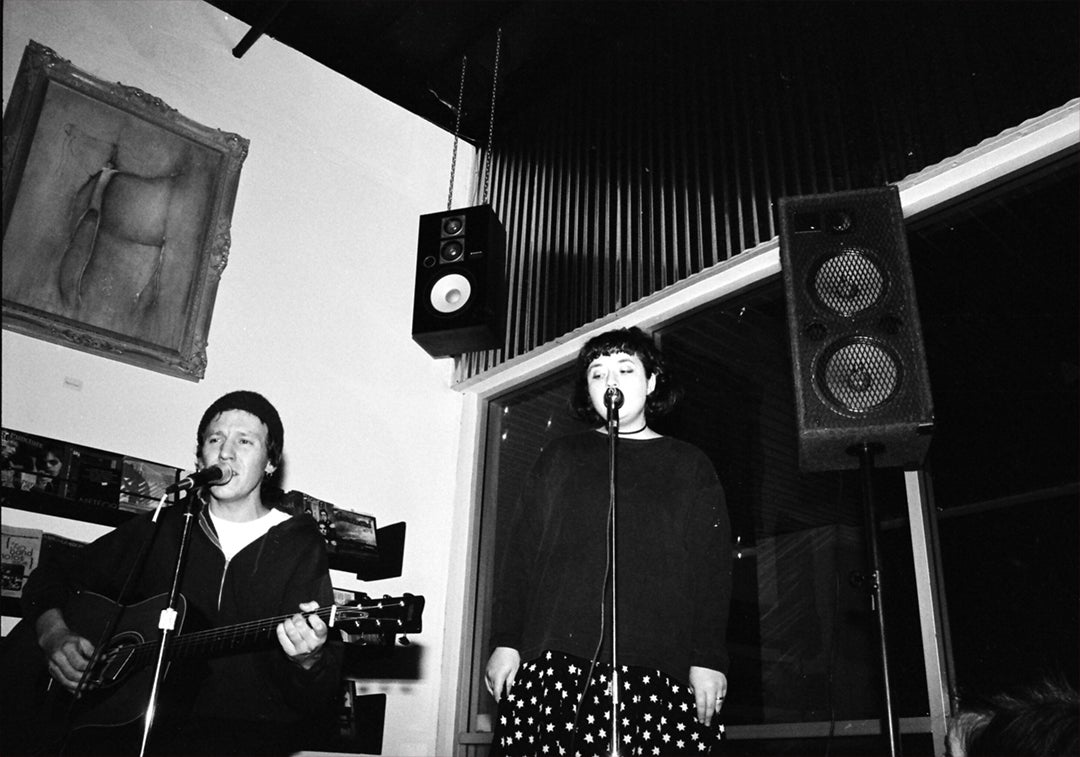 elliott and rose singing together

the softies are another one of those bands that took me way longer to finally get into than it should've. i remember a few years ago when i started playing music ( solo ) my friend charlie said it reminded him of the softies and was like u gotttaaaa listen ( if u know charlie u know how this goes loll ) and FINALLY i got around to it and wowww they're so cute. my boss and i were recently talking about shows we regret missing and he mentioned the elliott smith & the softies tour in 1996, saying he didn't go to their show in austin and he always thinks about it....uh ya i would too.. apparently he got one of their tour cassettes tho and says there's a chance he still has it stashed somewhere !??!? if he finds it i will just die... check out this vid of elliott and rose singing "the biggest lie" together at one of their shows on that 96 tour, and thanks to reddit user isaacramos for sharing the pic above of elliott and rose. they sound really nice together :) 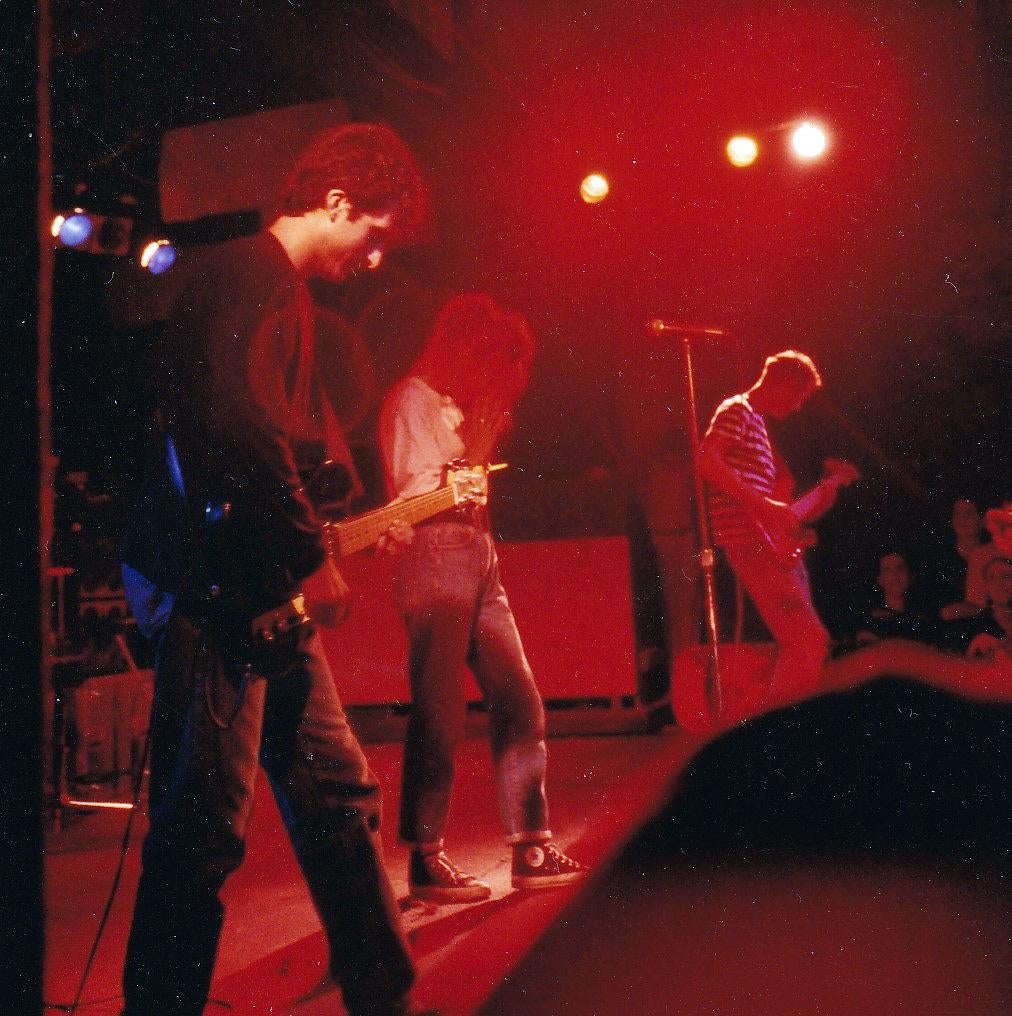 you're not the only one that i know... 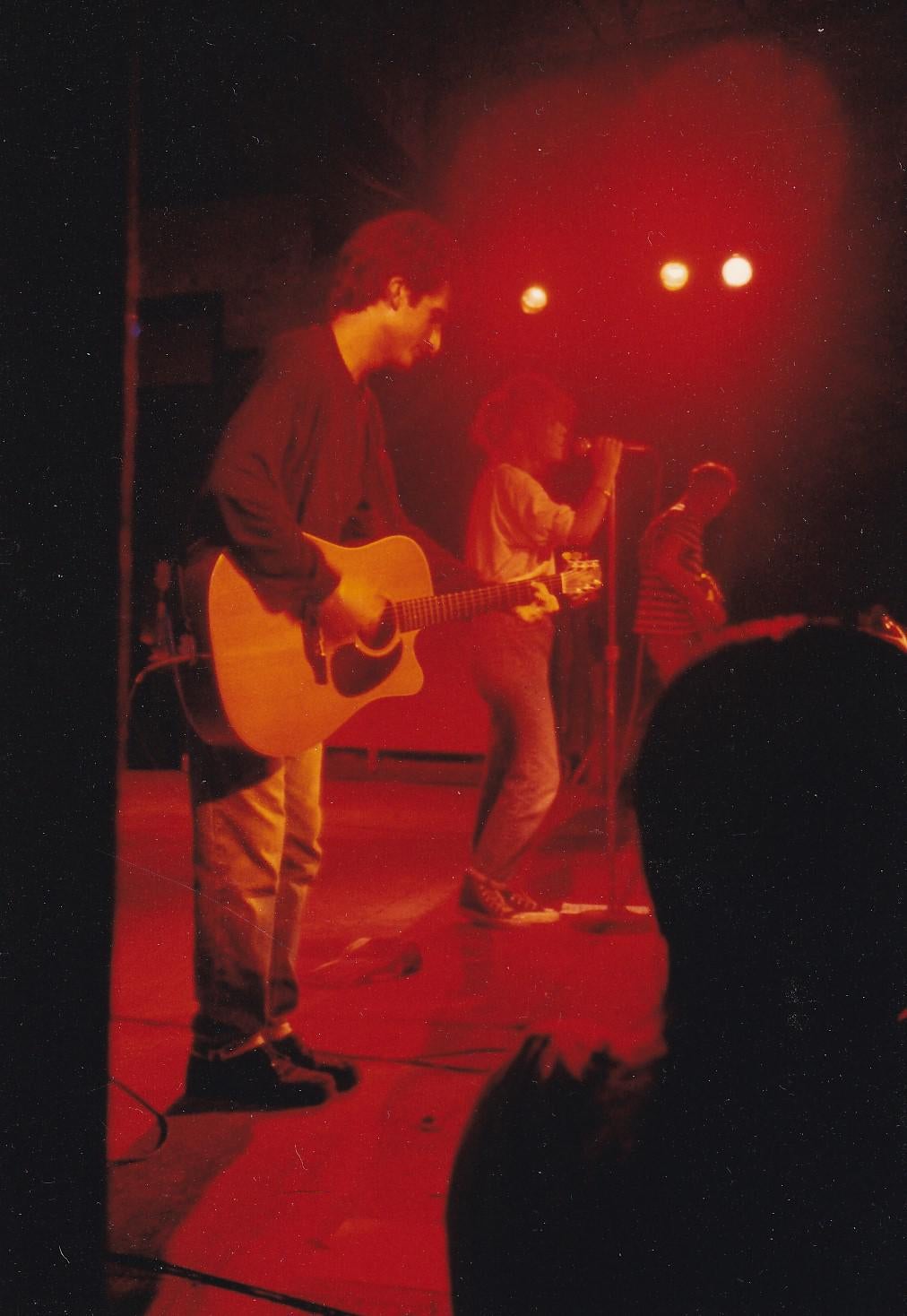 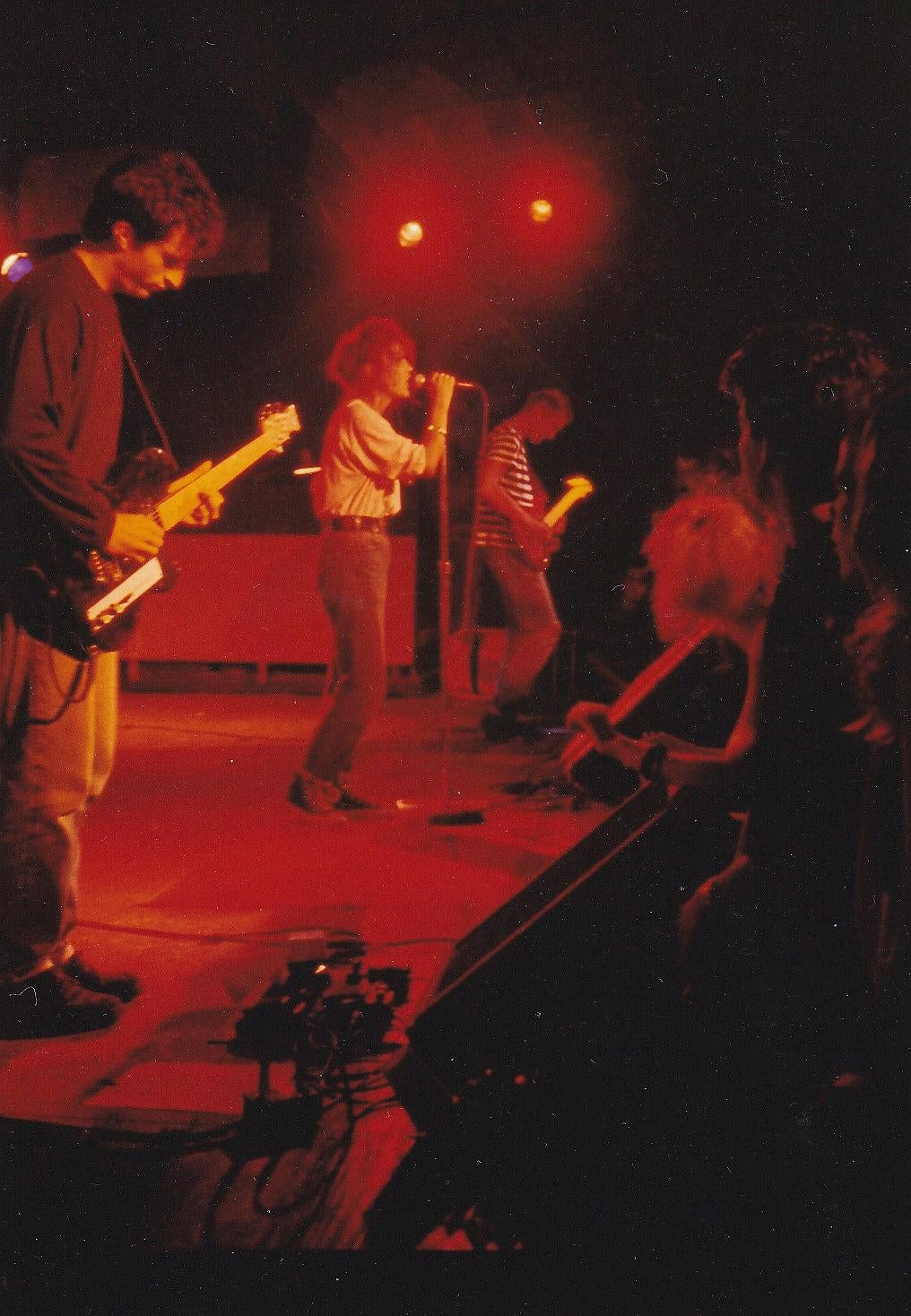 and i'm far too proud to talk to you any day... 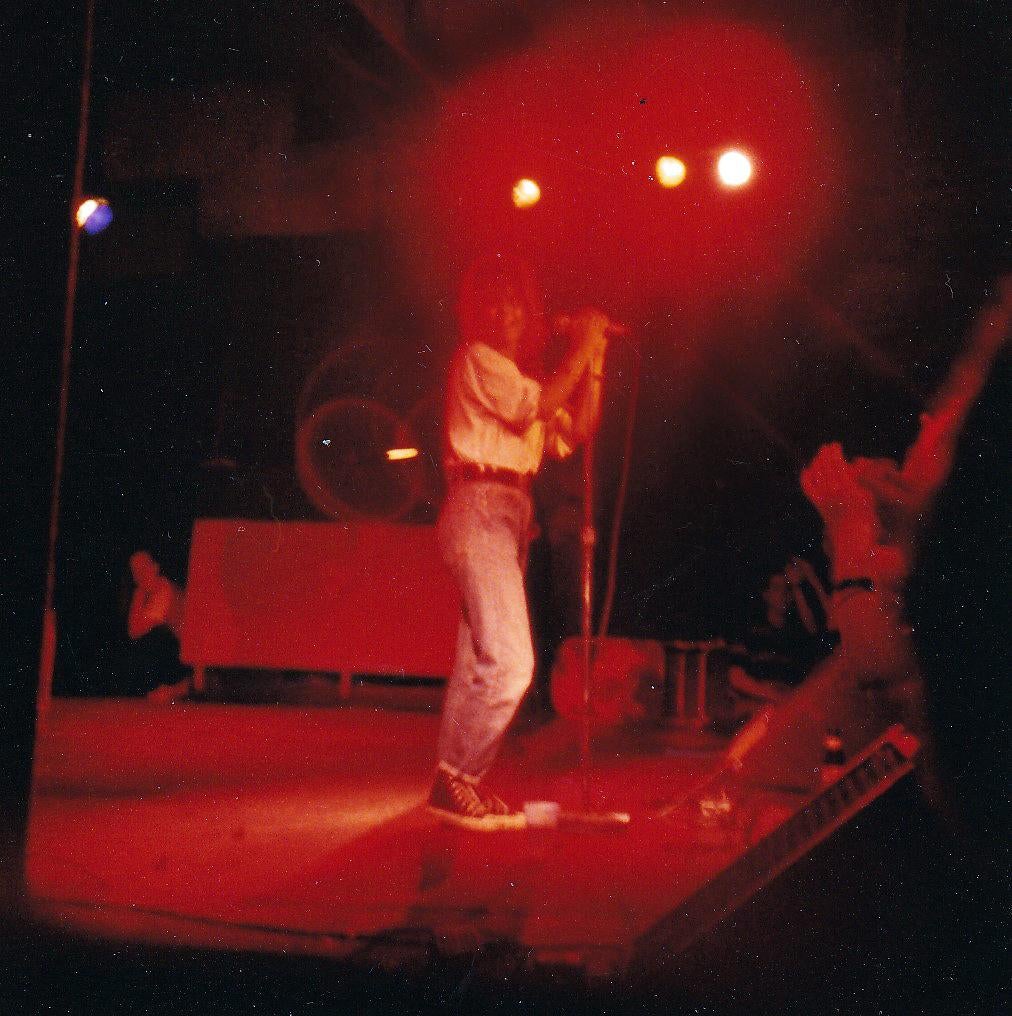 ok thank you to reddit user francis_seven for sharing these pics in the r/austin of the sundays playing at liberty lunch in austin sept 1990 !! ( a couple additional pics here ) i always find myself listening to the sundays a lot in the springtime it feels like...my favorite time of year. a couple years ago i sent you're not the only one to a friend and he was like wait elissa steamer skates to that song in welcome to hell and it blew my mind :00 soooo sick.. well anyways, i just loved these pics and wanted to share<33 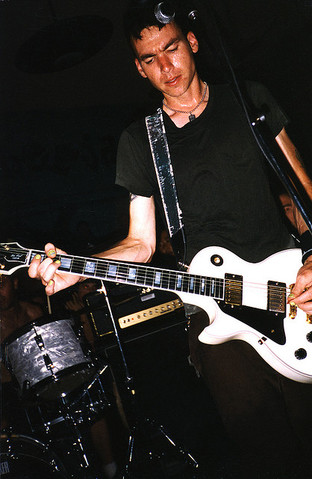 dreamed i was a tidal wave
i ravaged your coast, there were no survivors
dreamed i was your landlord
i showed your place when you had lovers
if i was a vampire
i wouldn't suck your blood
then i dreamed i was you
sweetest dream i have had

dreamed i was a dream
i stole you away, away in your sleep
saved you from a fire, a gun for hire
i introduced you to a vampire
a wave crashed on the beach
we rolled around in its foamy grasp
kissing in the chaos of a kelpy sea
seems i couldn't save you from me

maybe i'm obsessive to think like this
probably not impressing you with my cheap tricks
honey, it's depressing what depression does to some
i'll play the part for hours but i know you'll never come 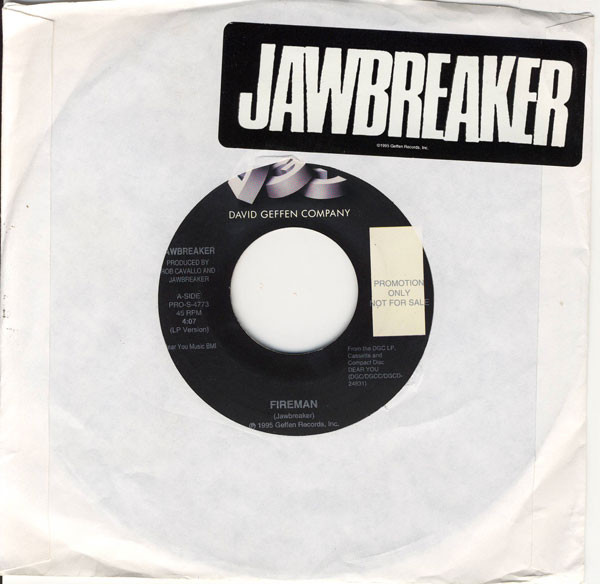 promotional single for "fireman" that i need !!
i've got about 3/4ths of their discography,
but i need it all...especially this one
i can just imagine it slowed down..

ok i've been meaning to make a post for this song for a while now, but it feels more fitting now to make a post about it since i have been having such weird dreams lately.. loll lots of snakes....and i'll leave it at that
gotta admit my dreams definitely take form out of things i've got on my mind, both literally and as crazy symbolism shit too i'd say. can't escape this shit even if i try lol
i've always loved blake's lyrics, they can be so dramatic but like still poetic it's so gay i love it. i think i've always kinda imagined him to be a little standoff-ish based off idk old live vids and shit, but whenever i managed to meet them a few years ago at a q&a screening of the don't break down: a film about jawbreaker doc that had just been released upon them reuniting, he was so cool and nice !! i got to chat with the guys a bit and take a couple pics (me with banana phone, adam with banana phone), then blake even came up to me outside to keep chatting while he smoked a cig X00 i diedddd !!! but ya, he was just really laid back, encouraging me to start a band and book a tour, talked to me about his mom, how things were with the bands, just very easy to talk to. i was still so starstruck tho that i forgot to mention i play lefty too !! loll probably was for the best, i already showed him my jawbreaker tat like a total fangirl hehe
i should mention that you should also watch the music video not just because it's really good, but also so that i can point out that i bought a mustard yellow cardigan similar to the blue one blake wears in the vid lolll obsessed much wow